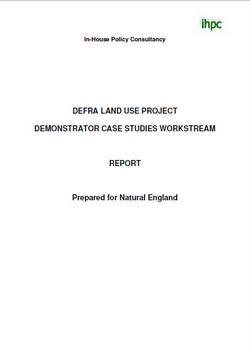 The study, to demonstrate multi-functional use of land, was developed through discussions between Defra, Natural England, Foresight, Department of Communities and Local Government. A series of seven case studies were selected from over 50 land use initiatives and used to produce an evidence base. This evidence base was then used to inform the Foresight Land Use Futures project that was due to be launched in February 2010.