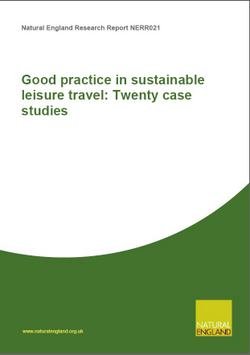 Over the last two decades, there has been significant growth in the number and range of public transport projects aimed at bringing visitors to leisure destinations in more sustainable ways than the private car. This has been done for two main reasons. First, to enable those without access to their own transport – still around 25% of households in the UK and including many overseas visitors – to enjoy equality of opportunity to access many publicly-funded leisure destinations, such as National Parks, Country Parks and Areas of Outstanding Natural Beauty. Second, to help mitigate the negative impacts of mass car-borne tourism on fragile countryside destinations.

With the end of the previous period of funding, it was felt important to see what had happened in the intervening period so that Natural England would have an up-to-date overview of the situation in terms of which successful projects described in literature produced by the Transport 2000 Trust and by the Agency itself in recent publications were still flourishing, despite the difficult funding regime now being experienced. The research was therefore intended to review and refresh those previous studies. In particular, Natural England wished to see to what extent the successful Case Studies and any other new projects which had emerged were meeting the criteria of good leisure transport schemes.