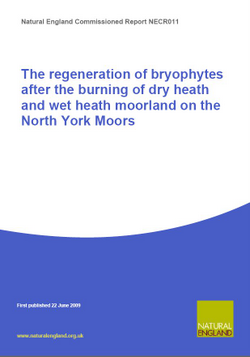 The North York Moors are atypical uplands because of their low altitude and low rainfall. Many are intensively managed as grouse moors.

This report was commissioned to find out:

The findings will be used by the local Natural England team to: