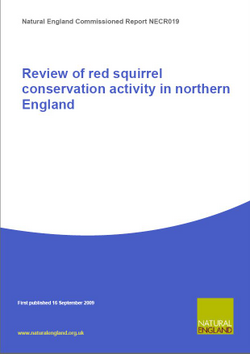 The aim of this review is to assess the impact on red squirrel populations in the North of England of every organisation involved in developing and delivering red squirrel conservation policies and activities.

The review team looked at all relevant activities undertaken by these organisations since January 2006, critically assessed their approaches, and the impact of these on existing red squirrel populations.

The report confirms that red squirrels are still widely found throughout the North of England, and that the work carried out by the various organisations has played a significant role in ensuring that people can still see these mammals across a wide area.

The purpose of this report is to help Natural England and the other commissioning bodies: