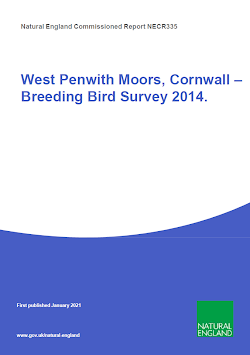 A breeding bird survey was commissioned by Natural England to support the potential notification of key areas of semi-natural habitat in the West Penwith Moors area of west Cornwall as a Site of Special Scientific Interest (SSSI).

Between March and August 2014 a team from the University of Exeter conducted a bird survey to determine the distribution and breeding status of targeted species within several ‘blocks’, constituting the majority of suitable lowland heathland, scrub, woodland edge or woodland-scrub and mosaics and transitions between these habitats found across the West Penwith Moors area. Each block was surveyed eight times, and during each visit the location of potential breeding sites was recorded, and a photograph taken of the habitat type utilised.