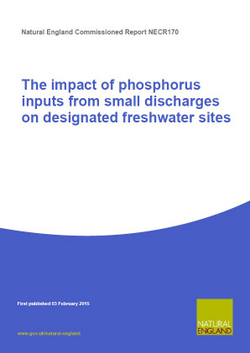 Nutrient enrichment of freshwater SSSIs is a widespread problem, with the majority of river and lake SSSIs in England affected. Whilst a range of measures have been taken to reduce this problem, many of which are ongoing, the focus of attention to date has been mainly on reducing inputs from sewage treatment works and agriculture. Whilst concerns have been raised by some sectors for several years about the potential role played by small domestic discharges, such as septic tanks, it is only relatively recently that this issue has received significant attention.

To help address this issue, Natural England, with a contribution from the Broads Authority, commissioned the Centre for Ecology & Hydrology (CEH) in 2009 to conduct a review of the potential risk posed by small domestic discharges, such septic tanks, to freshwater SSSIs. The particular focus of this work was the risk of phosphorus (P) pollution to sites that are vulnerable to hyper-eutrophication.