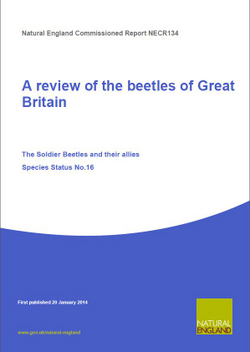 Making good decisions to conserve species should primarily be based upon an objective process of determining the degree of threat to the survival of a species. The recognised international approach to undertaking this is by assigning the species to one of the IUCN threat categories.

This report was commissioned to update the threat status of beetles from the named families from work originally undertaken in 1987, 1992 and 1994 respectively using the IUCN methodology for assessing threat.